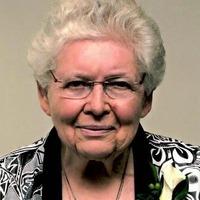 Sister Kathleen Marie Carroll served as the Director of Admissions and Resident Life at Misericordia University. She also founded Project Mercy, a furniture bank in Harrisburg.

Notifications can be made by submitting a Class Note (please include obituary if possible).

Dr. Sandra Rossi Kurtinitis ’65 presented as the opening keynote speaker at the Council for Advancement and Support of Education (CASE) District II Conference in Baltimore, Md. on Feb. 23, 2020.

Dr. Rosemary Dziak ‘67, professor of oral biology at the University of Buffalo School of Dental Medicine, received the 2019 Isiah Lew Memorial Research Award from the American Academy of Implant Dentistry (AAID) Foundation. She was honored for her significant contributions to the field of implant dentistry

Judith Frantz '78, former alumni board member, class agent, young alumnus award, has been promoted to vice president of PNC Bank, Wyoming, PA. The bank recently announced that Judith Frantz, branch manager, has been promoted to vice president. Frantz is a graduate of Misericordia University with a bachelor’s degree in business administration. She is also a graduate of Wilkes University, where she went to earn her MBA.

Lesley Murray Plank ’91 and Duane Frank ’87 were united in marriage on January 7, 2020. They first met while students at Misericordia decades ago. After a few years, life took them down different paths. Until, June 2018, where they reconnected after thirty years at Alumni Weekend. Together, they are the parents of four sons, Jacob and Evan Plank, and Dylan and Ian Frank. Duane is the Senior VP of Sales for Axiom Payment Solutions, and Lesley is a Fifth Grade Teacher in the Dallas School District. Duane and Lesley reside together in Dallas, Pennsylvania.

Shelby Girard ’92 accepted a Special Education Teacher position with Buffalo Hearing and Speech Center, Buffalo, NY. The organization serves individuals of all ages and cultural backgrounds through their clinical and education programs. It is the largest freestanding hearing, speech, and learning centers offering this comprehensive scope of services in the US.

Jennifer Yurkon Hetro ’04 a lifelong resident of the Back Mountain, joined the Back Mountain Chamber as its executive director.  She graduated from Dallas Senior High School and attended College Misericordia, now Misericordia University, earning her Bachelor of Science in Marketing with minors in Communication and Management. She has spent the last 19 years learning and growing at some of the region’s leading employers, including Benco Dental, Borton-Lawson, Century 21 Smith Hourigan Group, and Cornell-Cookson. She resides in Wyoming with her husband, two children, and their dog.

Michel Lukatchik ’05 and his wife, Jessica welcomed their daughter on December 30, 2019.

George Brown ’07 was sworn into office as Mayor on January 6, 2020, at the F-M Kirby Center in downtown Wilkes-Barre. Brown says he has an agenda that he believes can change the direction of the city.“First of all safety in the neighborhoods. We have to bring back that safety factor. People want to move back to their neighborhoods. Also, the potholes. Every street you go down there’s a pothole. What street should I take or not take to get to my destination because of potholes.” Said Mayor George Brown.

Michael Evans '08 has been named the Penn State Scranton Alumni Society's 2019 Alumnus of the year. Michael is the assistant dean for undergraduate nursing education at the Commonwealth Campuses and associate teaching professor of nursing at Penn State University’s College of Nursing.

Todd DeSando ’08 and his wife, Rachel, welcomed their daughter, Layla Corrine, on July 15, 2019. The family resides in Windermere, FL.

Robin Razawich Chiapuzzi ’11 and her husband, Michael ’10 welcomed their daughter on November 19, 2019.

Erica Acosta '11 was appointed to the executive committee of the NAACP Wilkes-Barre Branch 2306 by Ronald Felton, president.

Amanda Lee ’13, ’16 and Chris Boornazian were married on September 28, 2019 in Glassboro, NJ with a reception in Marlton. Amanda currently works as a physical therapist with BAYADA Home Health Care. The couple resides in Cherry Hill, NJ.

Alyssa McEntee ’14 and Tyler Freas welcomed their daughter on October 11, 2019.

Jacqueline Horn ’14 and her husband, Daniel welcomed a daughter on October 15, 2019.

Maria Williamson Ramirez ’14 has recently been appointed assistant director of faculty development and diversity at the Steinhardt School of Culture, Education, and Human Development at New York University. She previously served as a senior student advisor at NYU and as coordinator of pre-college programs at Stevens Institute of Technology in New Jersey.

Christine Zopf ’17 was awarded a United States Teaching Assistant position from the Fulbright Austria committee for the 2020-21 academic year. She will be teaching English at two high schools in Austria’s capital, Vienna.

Jessica Kreidler '17 and Mark Luksa were married on October 3, 2020. Jessica is a speech therapist with BLaST IU 17.

Alec Rodway ’19 during his first season as the boy's seventh-grade hoops coach at Valley View Intermedia School, Alec’s quick thinking and use of an on-site AED (automated external defibrillator) assisted in saving the life of referee, Sammy Bio. Bio’s family were thankful for AED’s and for those who were “brave enough to help!”

Arianna Catherine Anglovich ’19 and John James Roberts were united in marriage on September 21, 2019, at Our Lady of Victory Parish, Harveys Lake. Arianna earned a Masters of Science degree in nursing. She is employed by Wilkes-Barre General Hospital. The couple resides in Shavertown with their dog, Stella.

A new addition to the family? Tied the knot? New promotion or job? Be proud and let your Misericordia family know about it!