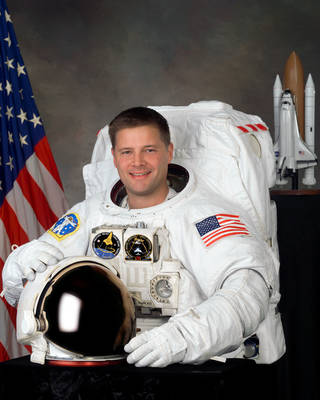 Douglas H. Wheelock was selected by NASA in 1998. The retired Colonel has accumulated more than 178 days in space. Wheelock flew on STS-120 in 2007, and in 2010, he served as a Flight Engineer for Expedition 24 and commander for Expedition 25. During this mission, Wheelock conducted three unplanned spacewalks to replace a faulty ammonia pump module. The New York native holds a Bachelor of Science in Applied Science and Engineering from the United States Military Academy in West Point, New York and a Master of Science in Aerospace Engineering from Georgia Tech in Atlanta, Georgia.  Link to full biography here

Open House is traditionally for any prospective high school and transfer student who wants to learn more about MU!

This event allows you to meet a number of people through just one campus visit. It's a great way to figure out if the campus is a place where you can see yourself succeeding and growing-academically and socially.

All you need to do is register by clicking on the Register Now button! We'll take care of the rest.

Get in touch with your admissions counselor! We have someone in our office to work specifically with you! Getting to know them is a great way to take away some of the college search stress. Find your counselor here!