Misericordia University is ranked 47th out of 131 colleges and universities in the top tier of the Best Regional Universities North category of U.S. News and World Report's 2016 edition of Best Colleges, which includes institutions of higher education in the northern United States that offer master's degrees and some doctoral programs. 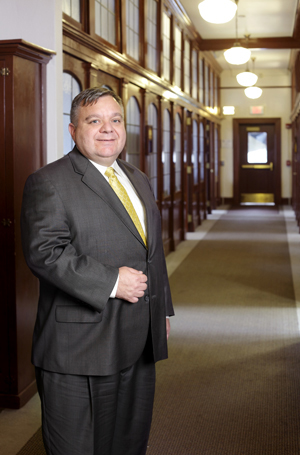 Misericordia University has climbed 20 places in the rankings since 2007. In the latest edition, MU is included in a tight grouping of 19 colleges and universities that are separated by three points for the rankings of 34 through 47.

"Misericordia may be a relatively young university, but we have a time-tested mission to educate and serve our students and people here on campus and around the world,'' said Misericordia University President Thomas J. Botzman, Ph.D. "We are grateful for the regional acclaim and national recognition that come with these ranking services.

"We are excited about the possibilities higher education affords everyone,'' Dr. Botzman added. "Through our myriad volunteer efforts, study abroad programs and rigorous academic programs, Misericordia fosters intellectual curiosity, critical thinking, and respect for people in an environment where all are welcome.''

Misericordia University is one of six colleges and universities tied for 47th on the U.S. News & World Report list. The individual data elements that comprise the overall ranking score should be carefully reviewed. Misericordia's first-year student retention rate (83 percent) and percent of first-year students in the top 25 percent of their high school class (60 percent) are equal to or better than many other institutions of higher education with higher overall rankings.

Other Misericordia data elements that were used to calculate the rankings that match or exceed other highly ranked colleges and universities include the actual graduation rate (71 percent) and the percentage of alumni giving to Misericordia (19). Misericordia's alumni giving rate is the sixth highest among the 131 ranked institutions.

For smaller, regional colleges like Misericordia University, name recognition plays a negative factor in the rankings. Of the overall score, 22.5 percent is derived from peer reviews – surveys of other college presidents, academic deans and admissions directors. Many are located far outside the immediate area and might not know Misericordia as well as they could.

U.S. News & World Report also recognized Misericordia for its commitment to veterans of the armed services. MU placed 36th on the Best Colleges for Veterans listing for regional universities in the north.

In addition, Misericordia University is among 25 percent of the nation's colleges and universities to be recognized by The Princeton Review. MU is one of 225 institutions of higher education to be recommended in its "Best in the Northeast" section of its website feature, "2016 Best Colleges Region by Region'' at PrincetonReview.com/ bestNEcolleges. The colleges are selected for the list based on their "excellent academics" and the results of a survey of students by The Princeton Review on their campus experiences as well as how they rated various aspects of their college life, according to the website.

Washington Monthly Magazine placed Misericordia in the top 37 percent of all master's degree-granting institutions and also awarded it a "Best Bang for the Buck" designation. Of the 673 colleges and universities recognized in the broader annual rankings, only 402 were recognized on the list that was published in the September/October issue of the magazine. Misericordia is the highest ranked of the private colleges and universities in Luzerne County.

The "Best Bang for the Buck" ranking recognizes "colleges in America that do the best job of helping nonwealthy students attain marketable degrees at affordable prices," according to Washington Monthly magazine. In the traditional rankings, Washington Monthly ranks Misericordia 23rd in the nation for participation in service.

For more information about Misericordia University, please call (570) 674-6400 or log on to www.misericordia.edu. Founded by the Sisters of Mercy in 1924, Misericordia University is Luzerne County's first four-year college and offers 34 academic programs on the graduate and undergraduate levels in full- and part-time formats. Misericordia University ranks in the top tier of the Best Regional Universities – North category of U.S. News and World Report's 2016 edition of Best Colleges, and was designated a 2016 Best Northeastern College by the Princeton Review.