Cash in the form of currency and coin represents the most vulnerable of resources available to an AVO in carrying out its mission and purpose. There does not have to be intentional actions in order for the AVO to suffer losses of cash; honest individuals make mistakes, poor recordkeeping and documentation lead to cash unaccounted for, and the lack of strict procedures to keep AVO cash separate from other cash (volunteers' personal cash) risks losses. Of course, though, unfortunately sometimes easy access to cash is just too much of a temptation for some individuals.

Money received into an AVO in the form of checks, while less prone to loss through honest mistakes, and safer than currency, is still subject to the risk of loss by individuals intent on relieving the AVO of some of its money.

Access to the funds the AVO has in the bank can be had through using AVO checks and AVO credit/debit cards. Controls to prevent inappropriate use of these are critical and procedures to detect errors (so that they can be corrected) or abuses (so that they can be stopped) as quickly as possible need to be designed carefully and implemented without fail. While corporations, larger non-profits, and even small businesses, having the advantage of employees and stable physical locations, can create strong internal controls over cash on hand and cash in the bank, AVOs have no employees and typically no designated physical location. Recommended controls in this resource to protect cash have been specifically designed for an AVO with no employees and no dedicated physical location and would not be appropriate for nonprofit organizations with employees and/or an office location.

Next: Collecting and Depositing Cash 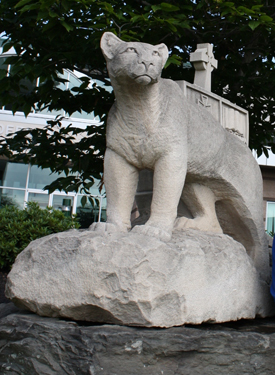