The purpose of a bank reconciliation is to account and adjust for any differences between the financial records of checking account transactions kept for a month by the treasurer of an AVO and the transactions recording by the bank for the checking account. There will almost always be differences. Without tracking down those differences to know exactly what they are, the leaders of an AVO will never have confidence that they have control of exactly where the AVO stands with its cash resources. Contrary to popular belief by individuals with their own personal checking accounts, bank reconciliations are not difficult to complete if they are done on a monthly basis and the differences are nailed down month by month.

However, the real reason that the topic of a bank reconciliation is included in a resource on internal controls for AVOs isn't that it represents basic good accounting and bookkeeping, which it definitely does. The reason that it is so important for AVOs is that the preparation of a monthly bank reconciliation by a person who does not handle the day to day management of a checking account represents the single most important control in protection of the most vulnerable resource of an AVO, its cash. Bank reconciliations need to be prepared monthly and completed (reconciled) within a short period (preferably ten days) after the bank statement day by a person who does not handle the checking account or the financial records of the AVO. Period. So, the leaders of the AVO should reconcile themselves to setting up policies and procedures that are followed to the letter to ensure that this is accomplished.

The bank reconciliation should not be prepared by the Treasurer. It is most practical that the President of the AVO prepare the monthly reconciliation. It would be preferable that it not be one of the signatories on the checking account but if it is (such as the President) it is imperative that each check require two signatures.

The President or whoever prepares the bank rec (accounting slang) reports that it has been completed and all differences accounted for at the first board meeting that occurs after the ten-day period to complete it has passed and that it reconciles to the balance of checking reported by the Treasurer.

The reconciliation will sometimes reveal adjustments that need to be made in the financial records of the AVO (such as interest earned posted by the bank, an NSF check deducted, a mistake by the Treasurer in recording the amount of a check, fees deducted by the bank). The adjustments that need to be made should be communicated to the Treasurer as soon as practical.

Next: Steps in Preparing a Bank Reconciliation 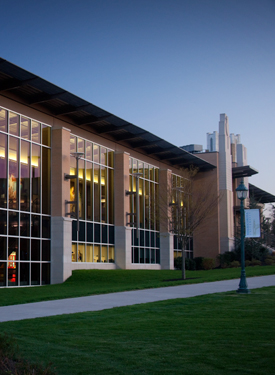