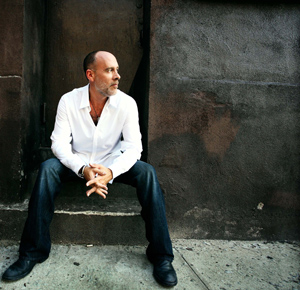 Marc Cohn, the Grammy-winning singer/songwriter best known for his soulful ballads, "Walking in Memphis" and "True Companion," is headlining the 2015 Misericordia University Under the Stars Summer Arts Festival on Saturday, July 11. Award-winning jazz singer and recording artist Rondi Charleston is performing the Jazz in July Concert on Monday, July 13. Both concerts begin at 8 p.m. in the Wells Faro Amphitheater on the upper campus.

Cohn burst onto the music scene in 1991 with his self-titled debut album, which solidified his place as one of his generation's most compelling singer/songwriters. It featured his hit single "Walking in Memphis," and other memorable songs like "Silver Thunderbird" and "Ghost Train."

He followed up his platinum selling album with two more releases in the 1990s at which point TIME magazine called him "one of the honest, emotional voices we need in this decade" and about whom Bonnie Raitt declared, "Marc is one of the most soulful, talented artists I know ... I marvel at his ability to mesmerize every audience he plays for.''

Raitt, James Taylor, David Crosby, Graham Nash and Patty Griffin all made guest appearances on Cohn's early records for Atlantic. He released his fourth studio album, "Join The Parade" in 2007 after being inspired by the horrific events of Hurricane Katrina and his own near fatal shooting just weeks before.

Rolling Stone magazine endorsed his latest release, 2010's "Listening Booth: 1970," by stating "Cohn is one of rock's most soulful croons â a rich immediately-recognizable tenor that makes these songs his own.'' The album features a collection of his favorite covers from Cat Stevens' "Wild World" to Grateful Dead's "New Speedway Boogie.'' It peaked on the U.S. Albums Top 100 at number 28.

"I feel like I'm constantly in the process of trying to start a new record,'' Cohn says, commenting on his career. "It really involves a lot of patience and absorption. Often I'm just waiting for the right frame to put a certain picture in. And I never know how or when that's going to happen.'' 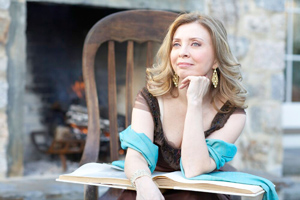 Jazz in July's featured performer is an award-winning singer, lyricist and composer who signed on with Motema Music. Her work has appeared in film, television and on stage throughout the United States and Europe. Charleston's second album, "Signs of Life," was released in 2013 and climbed the Jazz Week charts for 10 straight weeks. Critics have raved that it was impeccably produced, furthering her reputation as an emotionally effective singer.

"Utterly delightful ...," the New York Times wrote about her album. "She works her way into listeners' hearts ... a joy to hear.''

Bob Blumenthal, a Grammy Award-winning journalist added: "In addition to the signs of life that burst through every note of this disc, Rondi Charleston has also filled it with unmistakable signs of growth. Her interpretive skills, already well documented on her previous CD, display added depth as she covers the music of five jazz and pop heavyweights. Best of all, the inclusion of five originals signal that Charleston has graduated from a singer who sometimes composes to a serious songwriter, one with a broad vision and lyrical skills to match.''

The Juilliard graduate and her all-star band have given sold-out performances from coast to coast at Yoshi's in San Francisco, California, to Mayne Stage in Chicago, Illinois, to Joe's Pub at The Public â Public Theater in New York, New York. She also has collaborated with some of the foremost jazz luminaries of the time, including Fred Hersch, Lynne Arriale and Dave Stryker.

Charleston was chosen for the Women in Jazz Festival at Lincoln Center, and has played Birdland and BlueNote with her quartet in New York City. In addition, she is an Emmy and Peabody award winning journalist at ABC News Primetime Live.