<Back to News
Misericordia University appoints three new members to Board of Trustees; notes retiring Board members

The Board of Trustees at Misericordia University approved three new members at the annual meeting. The group also selected 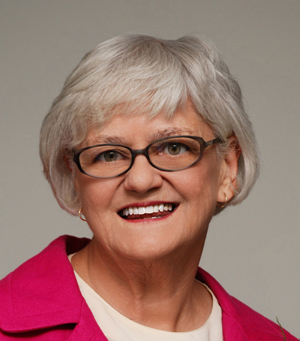 "The Misericordia University Board of Trustees is delighted to welcome our three new members," said Christopher Borton, chair, Board of Trustees. "Their combined expertise in health care, management and mission integration, among other talents, is sure to add significant value to our board. I look forward to working with them to meet the challenges of modern higher education and to help Misericordia University prosper."

Gallagher is a member of the Sisters of Mercy, Mid-Atlantic Community. She earned a bachelor's degree from Misericordia University and a master's degree from the University of Maryland, College Park, Maryland. Since 2007, she has served as life and ministry facilitator for her Community. She is a member of the Ethics Institute of Northeastern Pennsylvania board, and the board of Mercy Center, Dallas. Previously, Gallagher served as chair of the Misericordia University Alumni Association and as a trustee of Mount Aloysius College, Cresson. A former regional vice president for mission for the Mercy Health System, Northeast Region, Gallagher was also vice chair of the Hospital Trustee Association of Pennsylvania board. 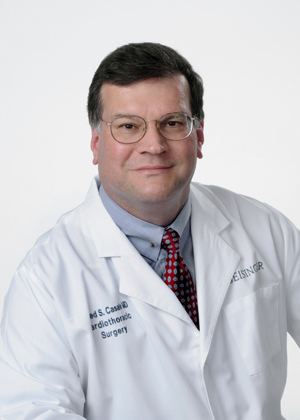 Casale's seminal work in establishing Geisinger's ProvenCareÂ® program as a model of value has been widely acclaimed. It redesigned complex acute surgical care using comparative effectiveness principles. He has been listed in America's Top Doctors by U.S. News and World Report, Who's Who in America and The Best Doctors (Castle Connolly Medical Ltd.). He maintains an active clinical practice in complex adult cardiac surgery in addition to his wide-ranging administrative responsibilities. He is active in many community organizations.

Catena earned a bachelor's degree from the University of Vermont, Burlington, Vermont, and a master's degree in hospital administration from The Ohio State University, Columbus, Ohio. He joined Wilkes-Barre General Hospital and Commonwealth Health in 2009 as CEO. Commonwealth Health is an organization with more than 1,600 physicians, 6,500 employees and more than 1,300 beds. 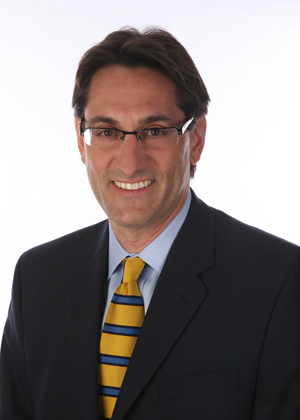 Catena has held several high-level management positions in the health care industry. He previously served as CEO of Easton Hospital, Easton, Pa., where he built a new management team, developed an 80-acre outpatient health campus, and directed strategic planning around a $45 million facility upgrade as well as other accomplishments. He also served as CEO of Amsterdam Memorial Health System, Amsterdam, New York. During his time there, Catena initiated successful revenue generating programs while recruiting new physicians in key areas and significantly improving patient satisfaction. As CEO with Hospital Corporation of America International's Rome American Hospital, Rome, Italy, he directed the development, marketing and staffing of the joint-venture startup facility.

Catena is a Fellow of the American College of Healthcare Executives and served as a member of the board of the Two Rivers Chamber of Commerce, Easton and the Children's Home of Easton, Easton.

The University also acknowledged the retirement of several board members and the changing of officers at the annual meeting.

Mary Ann Dillon, RSM, Ph.D., '68, Rosemary Sigmond, and Murray Ufberg, Esq., retired from the Board and were granted emeriti status. Chris Borton was appointed as the new chairperson, succeeding John Metz, who will remain on the Board of Trustes. Dr. Debbie Smith-Mileski '75 is the new vice chair.

"I want to thank the retiring Board members for their support and guidance during my time as president,'' said Thomas J. Botzman, president of Misericordia University. "More importantly, I gratefully acknowledge the transformative contributions they have made to Misericordia and its students over an extended period of time."

Dillon served on the Board for 27 years. She was the former president of Mount Aloysius College, a Sisters of Mercy sponsored institution. She currently serves as senior vice president of mission and sponsorship at Mercy Health System in southeastern Pennsylvania. Among many leadership roles, she serves or has served on the governing boards of Salve Regina University, Newport, Rhode Island; Gwynedd Mercy College, Gwynedd Valley, and the University of Detroit Mercy, Detroit, Michigan. She is a founding member of the Conference for Mercy Higher Education, and past chair of the board of directors for the Association of Independent Colleges and Universities of Pennsylvania.

Sigmond served for 24 years on the Board of Trustees. A regional business leader, she was vice president and owner of Coon Industries, Inc., and secretary and owner of Pikes Creek Sand and Stone, Inc. She served as chair of the Board's Marketing and Development Committee and oversaw a period of successful fundraising and marketing. The University awarded her the Catherine McAuley Medal for her contributions in the spirit of the founder of the Religious Sisters of Mercy. She held several community leadership positions and earned the 1994 Greater Wilkes-Barre Chamber of Commerce Athena Award.

Ufberg completed 30 years as a Board member. He is a partner in the firm of Rosenn, Jenkins & Greenwald, LLP, having served as managing partner for 22 years. Ufberg's legal career spans four decades in the areas of mergers and acquisitions, business formation, successorship, real estate and corporate finance law matters. He was appointed to many prestigious positions, including as commissioner of the Commonwealth of Pennsylvania Independent Regulatory Review Commission and as a past member of the Hearing Committee of the Disciplinary Board of the Pennsylvania Supreme Court. He serves on the boards of numerous community and economic development organizations.

Borton assumes the chair role after serving six years as a trustee. Borton is CEO of Borton-Lawson of Wilkes-Barre, a full-service architectural and engineering design firm. SmithâMileski is a 22-year veteran of the Board of Trustees, and recently retired as director of pupil personnel services for the Wilkes-Barre Area School District.

Metz is executive chairman of Metz Culinary Management. He steps down as Board chair after a successful tenure. He remains a member of the Board, having served 27 years. Metz witnessed and helped guide incredible growth since he first joined the Board as a trustee in 1988. The Anderson Sports and Health Center, the Mary Kintz Bevevino Library, Sandy and Marlene Insalaco Hall and many other campus improvements occurred over that time. Today, Misericordia is more widely known than ever before and enrollment is near record levels. Metz's philanthropic support of Misericordia enabled the construction of the John and Mary Metz Field House at the Anderson Outdoor Athletic Complex and the modern John and Mary Metz Dining Room in the Banks Student Life Center.