Who are the newest Nobel Laureates and what is the significance of the work that earned them such prestigious recognition? The College of Arts and Sciences at Misericordia University will explore the accomplishments and innovations behind five Nobel Prize awards with the free program, "2018 Nobel Prize Award Winner Highlights," on Tuesday, Nov. 13 at 7 p.m. in Dudrick and Muth Rooms 216 and 217 of Sandy and Marlene Insalaco Hall.

Members of the university will offer a fast-paced overview of each award and a snapshot of each Nobel Laureate, summarizing the work that led to the prize and its significance as presented in the fields of physics, chemistry, physiology/medicine, economics and peace. The program is open to the public. 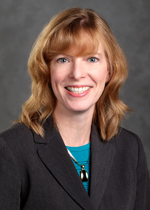 "This is our second year of examining the people and innovations that have earned some of the world's most sought-after awards," said Heidi L.K. Manning, Ph.D., dean of the College of Arts and Sciences. "The Nobel prizes span a breadth of academic fields, from peace to science to economics, much like the liberal arts education we provide at Misericordia. We believe it is important for our students to be aware of the wide range of these groundbreaking achievements, from cancer research to combating war crimes. We feel it is beneficial to our students and community to be exposed to the latest discoveries in such a variety of areas."

Widely considered the most prestigious awards given for intellectual achievement in the world, the Nobel Prize program was in 1895, when Alfred Nobel signed his last will and testament, giving the largest share of his fortune to a series of prizes in physics, chemistry, physiology or medicine, literature and peace. In 1968, Sweden's central bank established The Sveriges Riksbank Prize in Economic Sciences in memory of Nobel. Each recipient or laureate receives a gold medal, a diploma and a financial award decided by the Nobel Foundation. In 2018, each prize included an award of about $986,000.

Angela Asirvatham, B.V.Sc., Ph.D., associate professor and chair of the Department of Biology, will discuss the Nobel Prize in Physiology or Medicine 2018, awarded jointly to James P. Allison and Tasuku Honjo. The two were honored "for their discovery of cancer therapy by inhibition of negative immune regulation." Calling it a "landmark in our fight against cancer," the Nobel announcement concluded, "By stimulating the inherent ability of our immune system to attack tumor cells, this year's Nobel Laureates have established an entirely new principle for cancer therapy."

Amanda Caleb, Ph.D., associate professor of English and director of the Medical and Health Humanities Program, will profile the two 2018 Nobel Peace Prize winners, who the Nobel Committee said "have made crucial contribution to focusing attention on, and combating war crimes. Each of them in their own way has helped give greater visibility to war-time sexual violence, so that the perpetrators can be held accountable for their actions." Denis Mukwege was recognized as a helper who has devoted his life to defending war crime victims, and Nadia Murad was honored for being a witness who has told of the abuses perpetrated against herself and others.

Jeffrey Stephens, Ph.D., assistant professor of physics, will discuss the 2018 Nobel Prize in Physics winners recognized by the Nobel Committee for "groundbreaking inventions in the field of laser physics." One half of the prize was given to Arthur Ashkin for the development of optical tweezers and their application to biological systems, with the other half jointly given to Gerard Mourou and Donna Strickland for their method of generating high-intensity, ultra-short optical pulses.

Thomas Sweetz, M.S., instructor, in the Department of Business, will summarize the life and career of the two 2018 Economics laureates. The Nobel Committee recognized William D. Nordhaus "for integrating climate change into long-run macroeconomic analysis," and Paul M. Romer was cited "for integrating technological innovations into long-run macroeconomic analysis." During the announcement, the Nobel Committee stated: "Their findings have significantly broadened the scope of economic analysis by constructing models that explain how the market economy interacts with nature and knowledge."

In addition, Charles Saladino, Jr., Ph.D., professor of chemistry, will feature the three Nobel Laureates who received the 2018 Nobel Prize in Chemistry. One-half of the prize was awarded to Frances H. Arnold "for the directed evolution of enzymes," and the other half was awarded jointly to George P. Smith and Sir Gregory P. Winter "for the phage display of peptides and antibodies." According to the Nobel organization, "This year's Nobel Laureates have been inspired by the power of evolution and used the same principles â genetic change and selection â to develop proteins that solve humankind's chemical problems."