Tanya M. Trippett, M.D., a pediatric hematologic oncologist at Memorial Sloan Kettering Cancer Center who specializes in the care of children with lymphomas, will be the keynote speaker when Misericordia University hosts its 93rd annual undergraduate commencement ceremony on Saturday, May 11 at 2 p.m. in the Anderson Sports and Health Center. 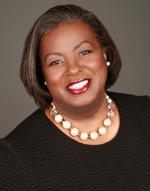 Brennan O'Donnell, Ph.D., president of Manhattan College, will be the guest speaker for the graduate commencement ceremony at 10 a.m. in the Anderson Center. Dr. O'Donnell and his wife, Angela Alaimo O'Donnell, Ph.D., have a special affinity for Misericordia and Northeastern Pennsylvania. A native of Kingston, his late mother, Mary Patricia (Brennan) O'Donnell, was a member of the Class of 1939 and his late aunt, Sister Miriam R. Brennan, RSM, was a member of the Class of 1950.

Dr. Alaimo O'Donnell is a native of West Wyoming and a Wyoming Area High School graduate. An award-winning writer, a professor at Fordham University in New York City, and the associate director of Fordham's Curran Center for American Catholic Studies, she has published seven collections of poetry, a memoir, and a biography of fiction writer Flannery O'Connor. Dr. O'Donnell also writes scholarly studies of contemporary and Catholic literature and is a former columnist and a regular contributor to America magazine. She will read a poem written for the Class of 2019 during the ceremony.

Commencement activities also include a baccalaureate Mass on Friday, May 10 at 4 p.m. in Lemmond Theater in Walsh Hall. Misericordia University will present Dr. Trippett, and President O'Donnell and Dr. Alaimo O'Donnell with honorary Doctor of Humane Letters degrees during the ceremonies they address. 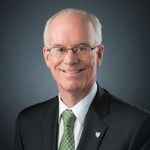 During the graduate ceremony, the Misericordia University Alumni Association will present Dr. Michael A. and Tina MacDowell with the Honorary Alumni Award. The award honors individuals who are not graduates, yet have made significant contributions toward its welfare, reputation or prestige, and have shown lifelong devotion and demonstrative loyalty. The alumni association gives the award only when it wishes to honor an exceptional person or couple. Dr. MacDowell served as the 12th president of the University from 1998-2013.

In addition to specializing in lymphomas, Dr. Trippett conducts clinical research to design and assess investigational therapies for children with all types of cancer. She is also the co-founder of the Pediatric Oncology Experimental Therapeutics Investigator Consortium (POETIC), a collaboration between multiple centers across the country whose mission is the development of biologically targeted therapies for cancers that have recurred in children. Together, the centers work to increase patients' access to promising new agents in clinical trials.

Founded in 2003, Dr. Trippett served as the director of the POETIC Coordinating Center at Memorial Sloan Kettering, the only one in New York City, until recently when she transitioned her efforts to building an international children's cancer research center in Ghana. She is currently building the capacity of two charities focused on the health of children, which she leads as president â the POETIC Foundation and the Eugene Gasana Jr. Foundation.

Dr. Trippett, whose background includes molecular pharmacology and therapeutics laboratory research, also served with the national Children's Oncology Group as chairperson of the Hodgkin's Biology Committee and vice chair of the Hodgkin's Disease Committee for 12 years. During her career, she has mentored several fellows who have gone on to start their own research programs.

Her transcendent research and dedication to the care of children with cancer has resulted in numerous awards from peers. Dr. Trippett was named a Diamond Member of the International Association of Pediatricians in 2010 and has been recognized with The Leading Physicians of the World honor every year since 2010. In 2013, she was given the title of Castle Connolly Top Doctor in Pediatric Hematology-Oncology and, in 2015, received the UBS Women Leaving a Legacy Award. In 2018, she received the Great African Shine Award.

He has served as the 19th president of Manhattan College since 2009 after being the dean of Fordham College at Rose Hill for five years. President O'Donnell also spent 17 years at Loyola University Maryland as a professor of English and director of the university-wide honors program. An active scholar, his teaching and research interests focus mainly on poetry, especially of the British Romantic period, and on religion and literature, particularly contemporary American Catholic writers.

President O'Donnell has authored two books on the poetry of William Wordsworth and co-edited, "The Work of Andre Dubus,'' a collection of essays published as a double issue of "Religion and the Arts.'' In addition, he has published articles, essays and reviews in some of the leading journals in his field. In 2014, President O'Donnell won the prestigious Robert Fitzgerald Prosody Award, which recognizes scholars whose work has "made a lasting contribution to the art and science of versification.''

A frequent contributor to national and international conversations about the current state and future prospects of Catholic higher education, President O'Donnell served as editor of the national magazine, Conversations on Jesuit Higher Education, from 1994-00, and as a member of the National Seminar on Jesuit Higher Education from 1993-00. He currently serves on the Board of Trustees of Lewis University and on the Board of Directors of the Association of Catholic Colleges and Universities, and chairs the Lasallian Association of Colleges and Universities.