Misericordia University alumna Vera Cornish, M.S., president of Cornish & Associates Inc. and recognized author, publisher and life empowerment strategist, will be the keynote speaker at the annual Misericordia University Convocation Ceremony on Thursday, Aug. 22 at 2 p.m. in the Wells Fargo Amphitheater. The event welcomes first-year students and their families to campus and acts as the official start of the academic year. 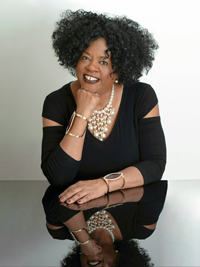 Cornish is publisher of "The Urban Connection," a lifestyle publication that focuses on the delivery of information to diverse markets. She most recently authored the book, "Dare to Dream," chronicling her journey from humble beginnings in Pittsburgh to community leader and president of her own company in the state's capitol. The book was written to "inspire, motivate and be a catalyst for being crazy enough to believe that all things are possible," she states on her website, www.daretodream.us. Cornish will address how education, including her time earning a master's degree at Misericordia University, played a role in her career development.

"Our honoree offers a message of encouragement, opportunity, perseverance and visioning that can apply to each and every one of our first-year students," Misericordia University President Thomas J. Botzman, Ph.D., said. "As the first in her family to graduate from high school, the first to attain a baccalaureate degree, the first to earn a master's degree, and the first to serve as owner or president of a business, Vera encourages individuals to, as she states, 'learn from the past, stand in the moment, and cast a vision for the future.'"

During the convocation ceremony, Alumni Board President Adam Grzech '13 '17 will present Cornish with the Mother Mary Catharine McGann Alumni Achievement Award. A graduate receives the honor for distinguished and sustained career accomplishments.

A Pittsburgh native, Cornish grew up in Wilkes-Barre and graduated from Elmer L. Meyers High School. She earned a bachelor's degree in education of the exceptional child from Penn State University, and as a full-time adult student garnered her master's degree in education, specializing in multi-cultural curriculum development, from Misericordia University in 1993. She launched her career in higher education with a focus on multi-cultural diversity, working first for Penn State University, and then as the first director of Institutional Diversity at Harrisburg Area Community College.

She founded Cornish & Associates, Inc. in Harrisburg in 1999, and has provided coaching and consultation services to a variety of corporations, government entities and nonprofit organizations ever since. The company's clients include Giant Foods LLC., Highmark, The Hershey Company, Milton Hershey School, Capital BlueCross, the Pennsylvania Legislative Black Caucus, Business Women's Forum, Pennsylvania Women's Conference, and Hershey Entertainment & Resorts. Among the topics she presents on are "Finding Your Voice & Embracing Your Power to Influence," "Synchronizing Your Personal & Professional Brand," "The Tenacity of Leadership," and "The Power of Perseverance."

Cornish, a resident of Harrisburg, was named to the Governor's Commission for Women in 2010 and has been a member of the Harrisburg Chapter of Executive Women International since 2011.

Cornish is the founder and host of numerous special events, including the Women of Heritage Breakfast, an annual women's leadership event for businesses in the Capitol Region; the Access and Opportunity Breakfast Series, and the Access and Opportunity Career Fair, both designed to help companies recruit and retain a diverse workforce and talent pool.

Following the convocation ceremony, the first-year students will begin a four-day orientation and will begin classes with the rest of the campus community on Monday, Aug. 26. The 418 members of the first-year class hail from 10 states, including Connecticut, Delaware, Maryland, Massachusetts, New Hampshire, New Jersey, New York, Pennsylvania, Vermont and Virginia.