The Misericordia Players will present "The Drowsy Chaperone," a heartfelt paradoy of the musical comedies of the 1920s, on Nov.Â 21-24. The production features music and lyrics by Lisa Lambert and Greg Morrison, based on the book by Bob Martin and Don McKellar. 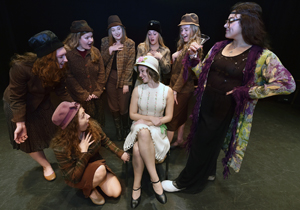 The play within a play tells the story of "the man in a chair," a die-hard theater aficionado. Each time he plays the record of his favorite musical, the characters come to life in his living room, resulting in madcap mayhem. "TheÂ Drowsy Chaperone"Â debuted in 1998 in Toronto and opened on Broadway in 2006. Hailed byÂ New York MagazineÂ as "the Perfect Broadway Musical," it was the winner of five Tony Awards in 2006, including Best Book, Costume Design for a Musical and Best Original Score.

Performances are on Nov. 21-23 at 8 p.m., and Sunday, Nov. 24 at 2 p.m. in Lemmond Theater in Walsh Hall. Tickets are $8, general admission, and $5 for students, Misericordia alumni, and senior citizens. Tickets are available at the door or can be purchased online at www.misericordia.edu/mup and by calling the Misericordia University Box Office at 570-674-6719. 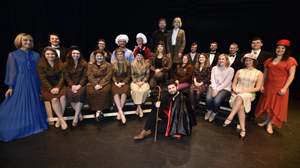 Jeffrey Kelly of Dallas, who serves as manager of cultural and special events and theater director at Misericordia University, is director and technical director for the production. The following also are assisting with the production: Cassie Palfey of Dallas, music director; Jackie Nat of Plains, choreographer; Audrey Ide of Dallas, costumer; Harry Blaine McKeown of Plymouth, set designer; Donald Hopkins of Dallas, lighting designer, and Richard Baldovin of Pittston, production assistant. Jessica Martin of Lake Lehman is serving as stage manager.