President Thomas J. Botzman, Ph.D., announced in January his intent to resign from his post at Misericordia effective June 2020. Dr. Botzman, an Ohio native, has accepted the president’s position at the University of Mount Union in Alliance, Ohio. Dr. Botzman previously served for 15 years as a member of the faculty at Mount Union, where he held the posts of associate academic dean during the 2003-04 academic year and director of international studies from 1993 to 1997. He will begin his service as president of Mount Union on July 1, 2020. 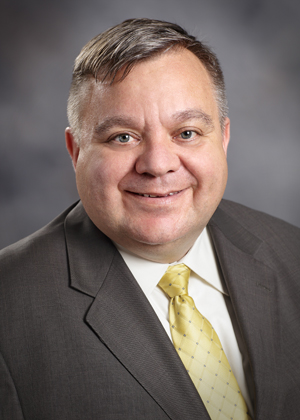 “It has been my privilege to serve Misericordia University for the last seven years,” says Dr. Botzman. “The University is well positioned to prosper and deliver excellent academic programming in a collaborative and caring environment in the spirit of our founders, the Sisters of Mercy.

“I cherish the relationships I have made here with students, faculty, staff, alumni, trustees and the community,” he adds. “As I return to my home state to be closer to my family, I want to express my deep appreciation to the Misericordia community for the hospitality they have shared with Vanessa, Gabriela and me. I wish everyone associated with Misericordia University all the best in the years to come.”

Information regarding a search to replace Dr. Botzman will be released at a later time after review by Board of Trustees leadership.

Dr. Botzman officially became the 13th president of Misericordia University on July 1, 2013. During his time, the University undertook its largest fundraising campaign in history. The Now for Tomorrow Campaign, which has raised more than $35 million to date, is funding a large portion of the ongoing construction of the Frank M. and Dorothea Henry Science Center that is slated to be completed in late spring 2021. It will be the University’s largest academic building.

Other notable accomplishments at Misericordia during the last seven years include increasing the size of the Ruth Matthews Bourger Women with Children program from 10 to 16 families, with a scheduled increase to 20 families in August 2020 thanks to the addition of a fourth dedicated home on campus.

In addition, several faculty-led initiatives to add new academic majors were approved during his tenure, including a Doctor of Nursing Practice graduate degree as well as undergraduate degrees in statistics, sonography, medical and health humanities, and patient navigation. His administration also added the popular Summer Undergraduate Research Fellowship program in which more than 100 students have collaborated on complex scientific and scholarly research with faculty mentors in the University’s three colleges.

The number of full-time faculty increased from 111 to 145 while the percentage of courses taught by adjuncts decreased from 40 percent to 30 percent.

The campus enjoyed increased visibility of academic excellence on campus, ranging from a substantially higher number of student research presentations to welcoming of external scholars, such as the Woodrow Wilson Visiting Fellow Program through the Council of Independent Colleges and Universities.